Thinking of buying a new spreader? Check out Rovic Holdings' extensive list of what to look for. 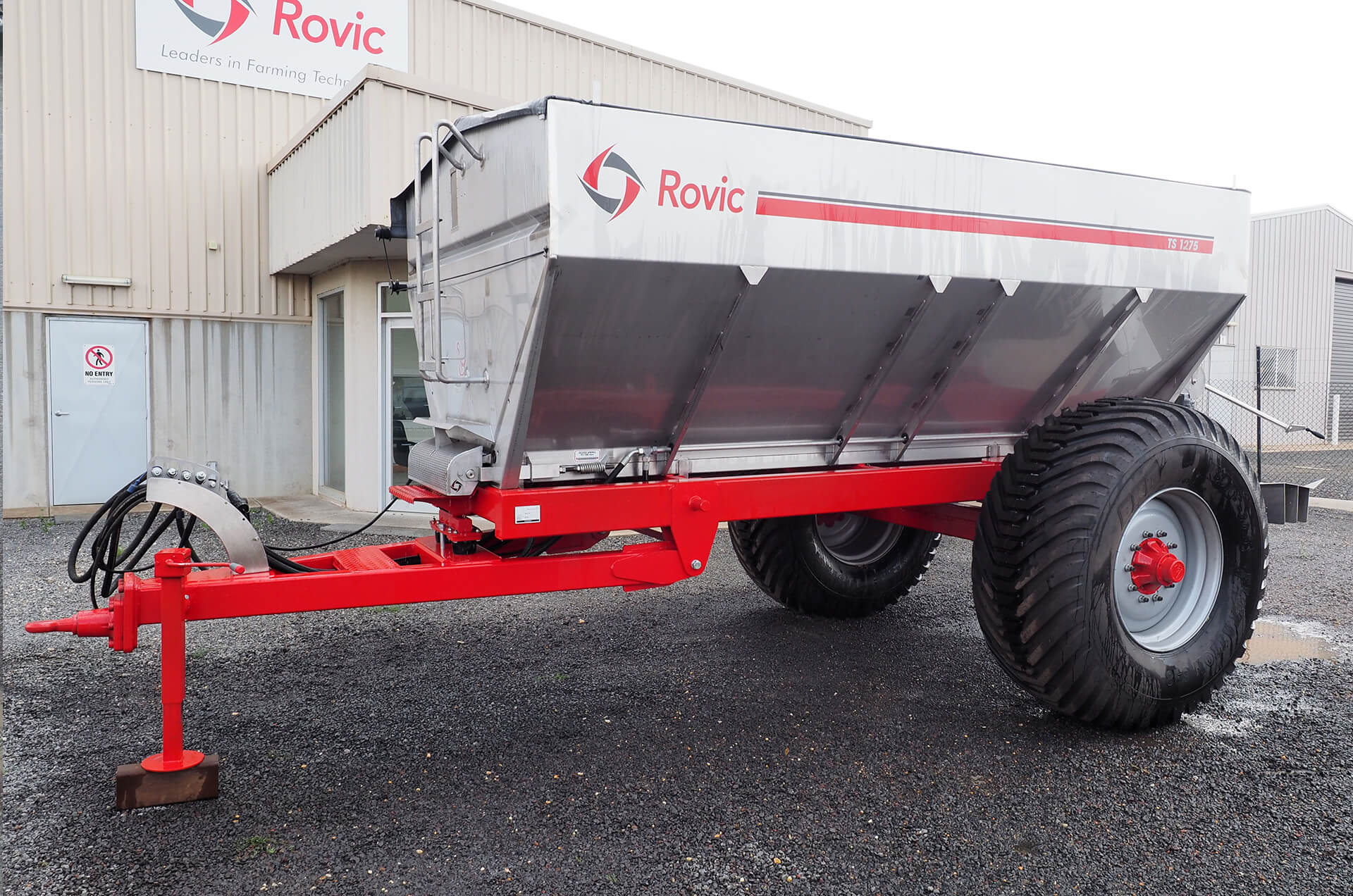 The results speak for themselvesThe Rovic spreader, in recent independent testing, achieved an unbelievable CoV of just under 13%. This CoV means not only are we spreading to 36m, we are doing it more accurately and eventy than most other spreaders on the market.

The coefficient of variance (CoV)

The best way to measure spreader accuracy is using the co-efficient of variance (CV). Its fine to say the spreader will throw to 24 or 36m but it’s the evenness of spread that makes all the difference. The CV is a measurement of the evenness of the spreading application, with a lower CV indicating a greater spreading accuracy.

The industry standard used in Australia is a maximum CV of 15% for granular products and a maximum of 25% for lime and gypsum. The CV value is a ratio of the standard deviation to the average value across the width of the bout, or the distance between passes.

SD would be fine for comparing spreader performance from one machine to the other if they all had the same average result, but this isn't the case. For that reason, we use the CV, which is the ratio of the SD to the average for a particular set of results.